1. He is a Portland-based copywriter and author. 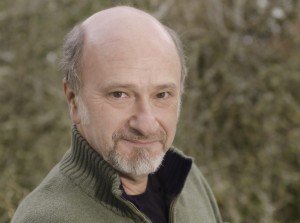 3. He also writes under the noms de plume of Cigarillo Sam Pitzkin and Jose Schwartz.

4. He actually grew up in the town of Baldwin, NY.

5. He achieved a brief amount of TV fame as one of Liquid Plum’r’s “Three Guys Plumbing.”

6. In his office, there is a collection of nun-related merchandise and two Mr. Potato Heads.

7. He was formerly known by the name Joseph Sarubbe.

8. Why? It’s a long story. Buy him a Negroni and he’ll tell you the whole thing.

9. He’s a spitting image of the other Doug Baldwin, wide receiver for the Seattle Seahawks.

10. Nope, he’s not related to Alec, Adam or Stephen Baldwin. So stop asking.

11. As you can see, he’s a master of enumerated lists.

• He can also do bullet notes.

14. He’s available to blog for you and your company. Just drop him a note.