I can understand his conundrum. Because this guy Sam isn’t in any sense of the word degenerate.

We’re imbibing caffeine at World Cup Coffee, several blocks from the Encore Club, Sam’s poker venue of choice. It’s about 11am, and we’re meeting here and now because Sam wants to play in his “most profitable” tournament, the daily nooner.

This is the first time I’m really talking to him, and I’m not surprised at how articulate he is.

In our casual encounters in front of the Encore Poker Club in northwest Portland, he’s handled our brief conversations with a casual, smart, polite deportment. I’ll put it this way: He’s an engaging, all-out nice guy. So, degenerate he’s not.

“When I try to explain it to somebody,” he says, “I liken it to somebody who’s into investments. They’re kind of gambling their money,” he continues, “but they’re not doing it on a whim. They’re doing their research, they’re making decisions that they know will have positive outcomes. Sometimes it doesn’t work. But for the most part it does work. And people who do it on the side don’t make money.”

Play at your own risk

Let’s back up. I’ve played poker with Sam just a handful of times and each time it’s always pretty much been a good news/bad news situation.

You’ll find Sam’s name at or near the top of Encore’s leaderboard month after month. There’s a reason for this: Over the past four years, he has been relentless in his pursuit of excellence at the poker table, some weeks putting in as many as eighty hours.

But the road to becoming a pro—he quit his day job two and a half years ago—was hardly a straight line.

Son of a minister. Youngest of five kids.

Job as a social worker for the state, going into homes and assessing cases of alleged child abuse, an occupation he calls “extremely intense and draining.”

Job as a waiter at a relative’s restaurant.

“Aha” moment when amateur Chris Moneymaker parlayed $40 into $2.5 million at the 2003 World Series of Poker.

Turning point in 2011 when Encore opened its doors. “And I still wasn’t good at it.”

Observed others. Got good at it.

Turned pro, earning his livelihood by forcing poor saps like me to make poor decisions at the table and scooping up all their chips.

There are moments in poker when everything falls together: You’re catching good cards, your chip stack is growing, every decision is a wise one, fellow players shake their heads in wonder at your uncanny prowess, and you march without a hitch to the final table and take your fair share of tournament winnings.

And then there are moments when it all goes sideways: no cards, no hope, and you shake your head at what a buffoon you are. Afterward you need a few shots of Old Overholt to restore, however temporarily, some semblance of self-respect. 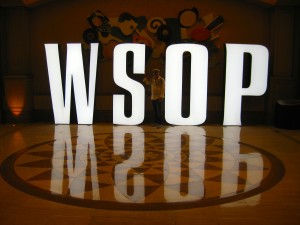 So I take comfort at a hand Sam shares with me, a hand from last summer’s WSOP. Sam bought into the Monster Stack tournament for $1500, the largest buy-in of his poker career. He caught a full house and it came down to him and one other player who wouldn’t back down, firing chips relentlessly at the pot. Finally, Sam backed off, folded, putting the guy on a better full house. That wasn’t the case.

They each showed their hands and Sam saw that he was bluffed off his full house by a handful of trash, the highest card of which was a nine.

It was a stunner. “It really made me question everything about poker,” he says.

Take note, however, that he didn’t display anger. He never does, at least at the poker table.

“There are some things I really hate,” he says: “When people get angry at the table. If you lose a hand, you lose a hand. I personally have lost many hands, but at the end of the day, it’s just one hand.”

“Some of my really, really good friends are assholes at the table and I just don’t get it. Why? It doesn’t serve a good purpose to be an asshole at the table, only bad.”

Me: Some people are just assholes.

Sam: “Yeah, but some of my friends aren’t assholes. They’re just assholes at the table. I don’t get it. When you’re an asshole at the table, you automatically get a target on your back. And I don’t want a target on my back.”

The other night, not too long after our coffee date, I made a bad decision on a hand at Encore. Sam was not the perpetrator; rather it was some smirking chubby kid. 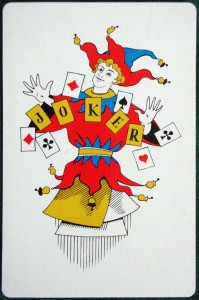 My demise was particularly pathetic because Sam had advised me not to do exactly what I ended up doing: I went all-in with 10-10, putting my tournament life in jeopardy for a less-than-premium hand. My opponent had J-J, which inevitably held up. As I skulked away, I mentally smacked myself. How had I forgotten this simple pearl of poker wisdom bestowed upon me by one of the best players in town?

I stepped outside and, of course, there he was, Sam The Man, standing on the sidewalk. I had to do my walk of shame right past him. I offered a wan smile, exchanged a few words, and drove my sorry ass home.

(End note: For personal reasons, Sam requested that I not use his last name in this article.)