Okay, so I took some time off.

Since the last post, I visited Barcelona, Grenada, and Almeria, Spain, courtesy of the lovely Rhonda K. and the wonderful folks at Cosentino. Much eating and drinking was involved (was that a roofie I quaffed?). No casino visits, however. The rules for table games are just too wacky in Europe. And I just wasn’t willing to play poker in a non-English-speaking environment. It’s enough of a struggle playing in my native tongue.

Other stuff happened: A long stream of charming AIRBNB guests visited from around the globe, and I wrote a series of articles on casinos and gambling for the Oregonian, our local paper here in Portland. I’ve pasted one of them below for your edification.

AC: Will the last one to leave please kill the lights?

An article in the September 7th New Yorker Magazine takes a deep dive into the choppy waters of Atlantic City. You’ve probably heard some of this stuff before: the cataclysmic failure of the Revel, declining gaming revenues, the closing of this casino and that. But NYer staff writer Nick Paumgarten does a solid job of putting a human face on this tale of woe and also frames it in the perspective of New Jersey politics. Could Chris Christie’s presidential bid (such as it is) be put into jeopardy, smashed to smithereens, because of the Revel’s spectacular flameout? 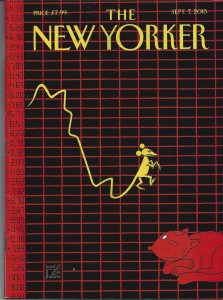 Who knows? But reading Paumgarten’s piece had me thinking about the several times I’ve visited AC. I’m not sure why I returned, especially after my initial visit.

That first time was actually three strange weeks I spent there in the summer of 1979 developing a stage play (“The Man Who Shot The Man Who Shot Jesse James”) with nine other like-minded artistes, and bedding down in the damp basement of a Quaker school. Water bugs the size of baby rats frolicked in the shower stalls, begging to be squished, while we taught acting classes and emoted in the gymnasium upstairs.

Gambling had just been recently legalized and we walked snootily through Trump’s crowded new boardwalk casino, decrying the glitz as offensive to our sophisticated Manhattanite sensibilities. The glitz stood in sharp contrast to the grungy streets immediately nearby, upon which pimps, prostitutes, and drug dealers openly plied their wares.

Yes, this was one strange town, a fact eerily demonstrated on our final night. As we were partying in the gym, lighting hit the school. Lights flickered, came back on. Partying continued for awhile, until someone pointed to the big clock on the gymnasium wall.

It was running in reverse.

As mentioned earlier, I landed a nice writing gig for The Oregonian, which allowed me to expound on the topic of gambling tips. Here are the ones I landed upon as they appeared in the newspaper. I’m sharing this with you courtesy of the Oregonian Media Group, which published the following article in the September 9, 2015, edition:

No doubt about it: Luck plays an important role in all casino games. And everyone who plays experiences swings of luck, both good and bad. But you can sidestep bad luck and improve your chances of winning by following these simple bits of advice.

Spirit Mountain has the Coyote Club, Chinook Winds has the Winners Circle, the Mill Casino has the Mill Club. In fact, virtually every casino offers you the opportunity to participate in their version of a players club.

The concept is simple: The more you play, the more the casino rewards you in the form of free or discounted meals and hotel rooms, as well as giveaways, special offers and merchandise. If you’re not already a member, becoming one should near the top of your list on your next casino visit.

In blackjack, always double down (that is, double your bet) when your first two cards total 11. Also, double down when you have 10 and the dealer’s face card is nine or less. Caution: This move is not for the faint of heart. Be prepared to experience a pulse-pounding jolt of adrenaline.

No, you should not physically rip your cards in half. In blackjack when you hold two aces or two eights, you should split them into two hands by doubling your bet.

Texas hold’em is a challenging game. If you’re a newbie, an important thing to learn (after the ranking of hands, of course) is the importance of position at the table. Simply stated, the closer you are to the dealer’s button, the freer you are to play a wider range of hole cards. An example: you’d might very well fold a pair of pocket deuces in early position, but (assuming no one else has entered the pot) raise with them in a late position.

Rules and payouts differ from machine to machine and table to table. Whether it’s video poker, slots, or a table game, take half a minute to look over the rules, even if you’ve played the game previously. Occasionally rules and payouts will have been adjusted since your last visit, and it pays to be prepared by knowing the latest ground rules.

The payouts are often more generous on slot machines that have a higher minimum bet. That means, for example, that many times playing a dollar machine versus a quarter machine is a better choice.

Tip #8: New to video poker? Start with Jacks or Better.

Although you’ll find banks of video poker machines situated among slot machines, the two games could hardly be more different.

When you play a slot machine, nothing you do can affect the outcome; your only decision is how much to wager. In video poker, however, you must decide which cards to keep and which to throw away; this directly affects how much you win.

If you’re new to video poker, cut your teeth on Jacks or Better. It’s the original version of this electronic game and it’s simple to learn. The goal, as its name implies, is to get a hand that contains at least a pair of jacks. The higher the hand, the more you win.

FYI, payouts at the casino are generally better than the Oregon Lottery version of the game.

It will come as no surprise that the Internet contains a cornucopia of information about casino games. Many casinos, including Spirit Mountain, Chinook Winds, and Seven Feathers, post rules on their websites.

To dig a little deeper, check out the free basic strategy charts all over the Web. Wizardofodds.com is a good place to start.

Plus there are dozens of sites—free and paid—devoted to poker and tailored to players of all skill levels.

Texts from the Battlefield: Sam and the Main Event

You might remember that several months ago on this site, I profiled my friend Sam (“The Nicest Guy You’d Never Want To Sit Next To“), currently one of the most successful poker players in Portland. Several months ago his skills at the table really paid off and he won a $10,000 entry in the World Series of Poker Main Event.

He was generous enough to share with me the text messages he sent to his “rail back home” as he progressed in the tournament, which for him began July 6.  FYI, each player starts with 20,000 chips. Spoiler alert: Despite his enthusiasm and crafty play, he did not make the November 9. And a caution: The texts are lingo-heavy.

He started texting on day one start and continued through his final hand. Here they are, for the most part verbatim…

Rough first level. Got down to 17.5k [chips] at one point from 30k SS but managed to climb back to 23.6. Got coolered in one hand AQ<AK when he doesn’t three bet me pre and board runs out KQ6A6. I check called three streets. Lotta time to recover tho….Let’s fucking goooooooo!!!!

Second break…roller coaster level. Got back up to SS then back down to 23k. Now back over SS at 31k or so. Maniac at table keeps wanting to mix it up with me. Just won a big pot off him so prepared for fireworks going forward. Thank u all for the texts and well wishes!!! I will update every break which is every 2 hours. Thanks for all the support!!!!

Horrible level. Good news is I still have chips. Gonna focus and not text any more until bag and tag after one more level. Thanks again for the support guys!!!!!

Bag and tag!!!!! Got down as low as 6k but climbed back to 14k. Coming back to 500bb on Wednesday. Thankful for all the support. U guys are the best. Not what I envisioned…but day 2 is day 2.

Day two starts at noon today. Coming back to almost 30 bb’s. Making day 2 was my first goal now I am hopeful to be able to chip up. Loooooooong way to go but I’m def excited to get back to the table. Same as last time…will update on breaks. 😎👍🏼

19k at first break. Table is good…no one has gotten out of line yet. Been all in 4 times. Once AIPF TT vs TT for a chop against a 14bb stack. Then bvb all in on KT9 flop….we both have KT lolol

Three bet cram AK and got thru twice. Then lost a flip AQ<JJ vs 13bb stack.

Bust….Second hand after break I’m BB. There’s an EP open and a 3b from the CO. I have JJ and 4b rip. First guy recrams and is CL at the table. JJ<KK. Blah. Thanks for the support guys.

And then there’s this

Apropos of nothing, here’s something I just received in the mail.

It’s an envelope that asks the eternal question: How can something be free if it’s prepaid? Or vice versa?