Depending on your state of mind, it’s either grimly fascinating or highly amusing to observe the train wreck known as the problem gambler.

He’s that sartorially challenged guy in baggy shorts and hyperactive tattoos who never seems to leave the poker room.

Or the successful downtown lawyer with a wife and daughter who simply cannot feed twenties into the video slot machine fast enough.

Or the beefy former frat fellow who apparently has never made the acquaintance of a blackjack basic-strategy chart and who approaches the game like an all-night kegger: Bring on the booze, and be gone, judgment and restraint! I’ve got money to lose, and plenty of it!

The Reno shuffle, part one

If you read the Reno Gazette-Journal’s website (and why wouldn’t you?) you’ll see prominently featured on its home page an ongoing series called “Reno Rebirth.” The premise of this series, as I understand it, is that once upon a time Reno was great; then it sucked; now let’s all join together and help make it not suck again.

Let’s wish them luck. According to dispatches from the front, downtown Reno is looking pretty bedraggled these days, more than a little worn around the edges. 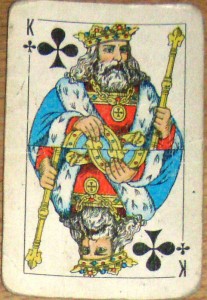 It wasn’t exactly Shangri La during the summer of 2002, but you could travel there from Portland with little trouble or expense, the casinos were crowded, and the table conditions were good.

We landed in Reno mid afternoon and the sun had the brightness of a nuclear explosion, producing the kind of heat that alters your vision, the squinting kind of heat you might experience if you lathered a tube of Ben Gay over your cranium then for good measure applied some directly to your eyeballs. I guess what I’m saying here is that it was kind of hot.

This was a trip I made in the company of Evil George Taylor and we’d booked a couple of rooms at the Eldorado, which put us right in the center of downtown. One of the good things about Reno is that all the casinos are near each other. Even the outlying ones, the Peppermill and the Atlantis, are a short drive from center city. We’d take the rental car, park, then flee inside, like refugees from an advancing army, to the air conditioning inside.

The trip, my last one before I taught myself to count cards, was not a successful one. I simply couldn’t sustain more than one prolonged winning session.

The low point, gambling-wise, was a session in which I played against a dealer with jet-black hair whose name tag read “Fausto.” Fausto, as in that guy who sold his soul to Mephistopheles. I later learned that Fausto is actually an Italian word meaning “lucky.” But from my position across the table from him that summer evening, he seemed like Satan.

I was thinking, I’m playing cards with the devil!

Then as my miserable luck continued I thought, I am losing to the devil! 1

The smart thing would’ve been to move to another table, but the place was teeming with players and I couldn’t find an open spot at a non-demonic table. So I let the devil beat me. But at least I escaped with my soul. I hadn’t bargained it away for unlimited luck at the blackjack table. Although if the proposition had been raised…

Clearly, it was time for a break and I needed to go upstairs to return a phone call. It was a call that I was dreading.

Betting on a pulse

People who hate casinos hate them for any number of reasons.

My brother Bruce hated casinos for another reason: He simply because he could not step foot into them. The sensory overload was too much, causing him to shake almost to the point of convulsion. This was ironic since my brother was a rabid, enthusiastic, lifelong gambler.

Ironic, too, was the fact that I heard he was dying in my Eldorado hotel room during a break between blackjack sessions. 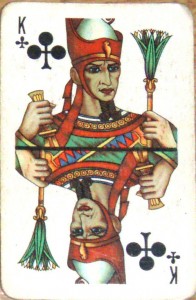 Bruce perfectly fit the profile of a problem gambler. His days revolved around a handful of rituals: drinking a half case of Budweiser; smoking a pack of non-filtered Camels; delivering racing programs for the local greyhound track; spending his salary at the very same track or another gambling facility; then going to a bar in West Palm Beach known as El Cid.

Bruce liked to bet on two- and four-legged creatures. The ponies. And the greyhounds. And jai alai. And football games. Anything with a pulse. Unfortunately, this predilection had cost him his wife and daughter, along with at least one job.

So, now we get to the serious question of genetics, of nature versus nurture. Is this kind of behavior built-in or inculcated? There’s a strong case for the latter: When I was seventeen, Bruce introduced me to harness racing at Roosevelt Raceway and taught me how to handicap the trotters. I’m guessing he saw this as a rite of passage, because his father did the same for him at the same age, causing — as I understood it — some consternation on the part of my mother.

But then there’s this: Bruce was actually my half-brother; we had different fathers. Both his father and mine were problem gamblers.

Where does that leave yours truly? I’m not answering, because I truly don’t know. I’ve not lost anything of significance in my gambling career. I’m a responsible guy. But why is it that the first time I sat down at a blackjack table, I felt like I was going home, that I’d landed exactly where I was supposed to be?

A keepsake for cash

Several days after returning from Reno, I was on a plane to Fort Lauderdale, Florida, to help my sister tie up loose ends for Bruce. There was all that unpleasant death-related stuff to deal with, including returning his portable oxygen tank, which on its top side showed burn marks from his unfiltered Camels.

He’d squirreled away enough money to pay his funeral expenses and to leave $500 to me, which was a surprise. I thought it appropriate to put the bulk of that money into my gambling fund.

But I did take $50 of my inheritance and spent it on an item that I carry with me every time I go the casino or card room, every time I play poker or blackjack: It’s a brass, hinged money clip with an Indian-head nickel on top. It does a pretty good job, this money clip, of holding my money together, at least until my winnings swell the wad beyond its grasp, or until the house edge has whittled my bankroll down to a shadow of its former self.